Your pet's wellbeing is our priority 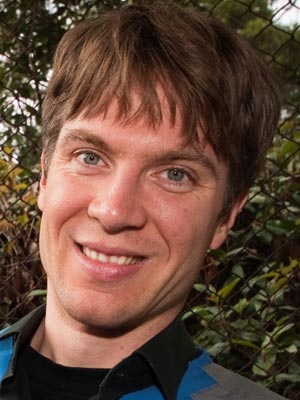 Stephen graduated from The University of Sydney with a Bachelor of Veterinary Science in 2002. Prior to this Stephen had completed a Bachelor of Science majoring in physiology and pharmacology and completed an additional year of study to graduate with honours.

After graduation, Stephen worked in an inner city small animal practice before joining West Pennant Hills Veterinary Hospital in 2004. Stephen has completed continuing education courses in Radiology, Ophthalmology and Ultrasonology and is a member of the Australian Small Animal Veterinarian Group and of the Centre for Veterinary Education. In 2014 Dr Stephen Abrahams handed the baton of ownership over to Stephen. Since then, Stephen has been attempting the juggle of providing the best possible care for patients, managing a small business and not being an absent father.

Outside of work Stephen has an interest in sustainability, the environment, bush-walking, cricket and baking. He attempts to bake something delicious for his staff members to celebrate their birthdays but isn’t always successful. He has a rescue cat called Marvin and a RSPCA rabbit called Ollie as well as two daughters. 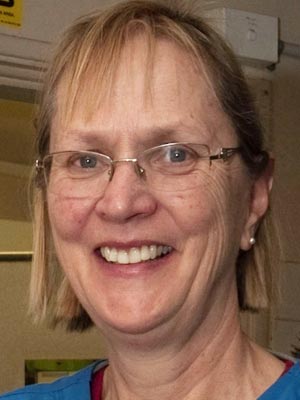 Gillian graduated from the University of Sydney in 1979 and began her working life in mixed practice, initially  in the Central West of NSW and then the United Kingdom.  After starting her family and returning to Sydney, she worked part time in several practices, but mainly at Pennant Hills and West Pennant Hills.  From 2012,  Gillian has worked exclusively at West Pennant Hills Veterinary Hospital where her calm, compassionate approach has generated a loyal following of regular clients.  She enjoys continuing education and keeping abreast of current medical therapies and management.

Gillian’s free time is spent in the outdoors and in the garden but she also enjoys travel and is an enthusiastic skier.  She has an affinity for Jack Russell Terriers, having owned several over many years.  Gillian has two children, one of whom is also a veterinarian and she is thrilled to have recently become a grandmother. 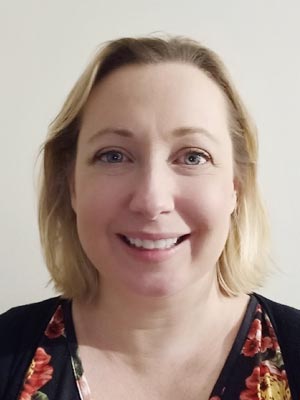 Erin had a successful career as an accountant before returning to University to pursue her passion for animal health. Erin graduated in 2014 from The University of Sydney and immediately started working in a busy general small animal practice in Western Sydney. Erin decided on a change of pace and left Sydney for a sole practice role in a Central Coast clinic. Erin returned to Sydney and started working at West Pennant Hills Veterinary Hospital in 2019. Erin is a great communicator who is compassionate. Her care is appreciated by colleagues and clients alike

At home Erin has two rescue cats, one who is diabetic and twin girls to keep her busy when not working in the hospital. If she had time for recreation she would like trips for dinner, cultural activities and thermal spas. 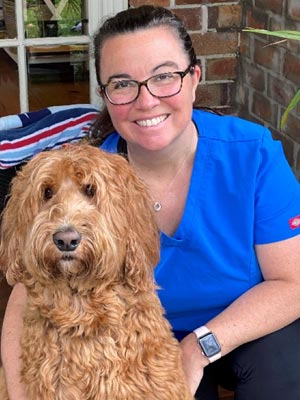 Fiona graduated with a Bachelor of Psychology from The Sydney University of NSW in 1999. Fiona worked as a veterinary nurse at Kingsford Veterinary Hospital before commencing a Bachelor of Veterinary Science in 2003. Fiona was an outstanding student and graduated with the University Medal in 2007. Following graduation, Fiona commenced her veterinary career at West Pennant Hills Veterinary Hospital and has been with us her whole veterinary career. Fiona is the unsung hero of our veterinary team, she provides essential and reliable support to all member of the clinic team.

Fiona is the pet parent of a rescue cat and an energetic labradoodle as well as the human parent to three children. Her interests outside of work and family are travelling, reading and baking. 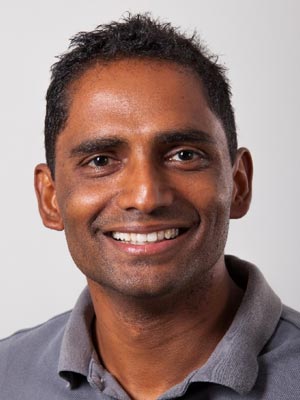 Claude was in Stephen Reis’ graduation year at Sydney University and he started at West Pennant Hills Veterinary Hospital after graduation in 2002. In fact, when Claude left to travel over-seas in 2004, he recommended the practice to Stephen. Claude worked in the United Kingdom for two years before returning to Australia. Claude decided to move away from full time clinical practice and joined the veterinary pharmaceutical industry. He has undertaken further examinations and gained qualification in pharmacology with the Australian and New Zealand College of Veterinary Scientists in 2012. Although Claude decided full time practice wasn’t for him, moving to part time clinical work allowed him to reconnect with his passion for animal health and client support. Claude typically works one weekend shift a month along with his full time Monday to Friday industry role.

Claude has an elderly Shih Tzu and a rescue cat called Fletch. He is the proud father of a daughter. Apart from spending time with his family, Claude enjoys exercising on a mountain bike or relaxing with a fixing rod in hand or following MotoGP on television. 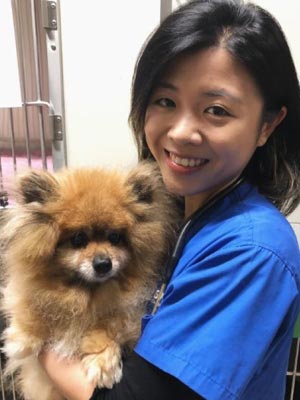 Leonie graduated from Sydney University in 2016 and commenced work at the RSPCA in Yagoona in 2017. Leonie lives locally so works weekend shifts for us regularly. Leonie is an enthusiastic veterinarian with excellent communication skills and a passion for continuing education.

Leonie recently got married and moved into her own home. Leonie is a wonderful artist and to relax she enjoys life drawing and painting. 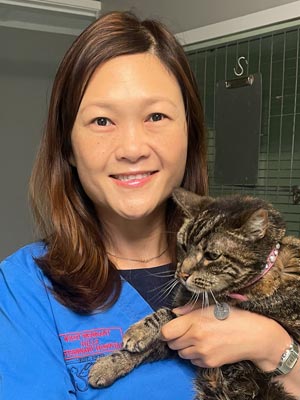 Emily was also in Stephen Reis’ year at The University of Sydney. Emily has worked in country NSW and Hong Kong before returning to Sydney and small animal practice. She joined West Pennant Hills Veterinary Hospital in 2017. Veterinarian hours are not very family-friendly so Emily has taken up an office management role within her local church. Circumstances mean that Emily is only able to work the shorter weekend shifts.

Emily speaks Cantonese and Mandarin. She has two boys and a cat called Rosie. In her free time, Emily enjoys badminton and Karaoke.

Louise has two rescue cats and three children to keep her busy when she’s not at work. When there is time for relaxation she enjoys bike riding, gardening, painting and drawing. 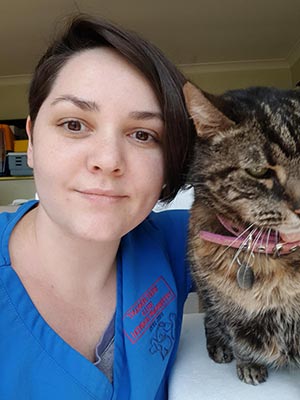 Rebecca started at West Pennant Hills Veterinary Hospital in 2017 while undertaking her Certificate IV qualification in veterinary nursing. During her training, Rebecca’s quiet, competent manner and intuitive, observant skills impressed all the staff and since completing her qualification she has become a full-time veterinary nurse in the practice. Prior to starting her studies, Rebecca worked in the hospitality sector and did volunteer work at the Sydney University Veterinary Teaching Hospital and at a small animal clinic in inner Sydney. Rebecca enjoys surgical nursing and emergency and critical care. 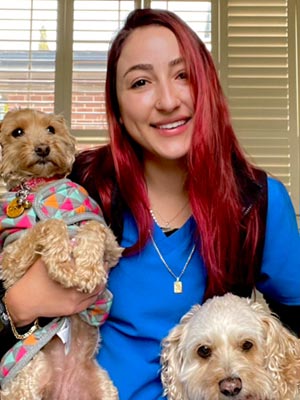 Stella is a valuable member of our casual veterinary staff. Stella has completed a Hospitality Certificate III and worked in her family’s fish shop prior to commencing at West Pennant Hills Veterinary Hospital in 2016. Stella completed her certificate IV qualification in veterinary nursing in 2018. Stella is interested in surgical nursing, emergency nursing and pathology. Stella has great customer service skills, friendly manner and will always greet you with a smile. 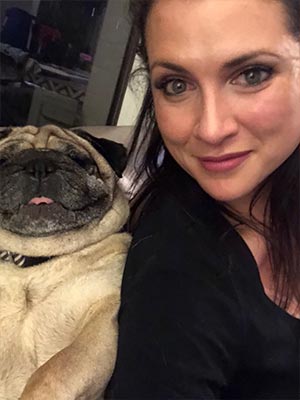 Melissa obtained her Certificate IV in nursing in 1998 and is a long serving member of our casual veterinary staff. Melissa first started at West Pennant Hills Veterinary Hospital in 2006 and has worked in the veterinary industry for over 25 years. She has been a mentor to several of the veterinary nurses and students who have come through the practice over the years. Melissa is passionate about animal welfare , enrichment of pet’s lives and wildlife. She is a strong advocate for all aspects of patient care and comfort.

Melissa has a rescue cat and shares the care for four dogs, a cat, turtles, guinea pigs and pigeons. She is infatuated with Pugs and anything with a squashed face. Melissa likes to relax by listening to podcasts, gardening, bushwalking and collecting antiques. 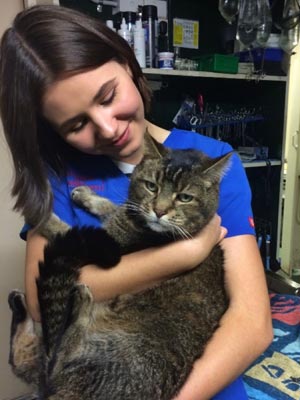 Meg undertook her high school work experience placement at the clinic in 2015. Meg’s enthusiasm and motivation prompted an offer to work as a holiday animal attendant which then evolved into a casual nursing position over the years. Meg has continued to work through the completion of her HSC and onto the commencement of her tertiary studies. Her passions are animal welfare, animal health and veganism. Meg started her Doctorate of Veterinary Medicine at Sydney University but the moral and ethical challenges of veterinary training and practice forced Meg to reassess her career focus. She is now pivoting toward a career in human medicine and leaving her love of animals as a stress-relieving recreational pursuit.

Meg has a English Pointer at home who is often eating things he shouldn’t. When not studying or working Meg is cooking vegan recipes, reading and listening to 1940s and 1950s music. 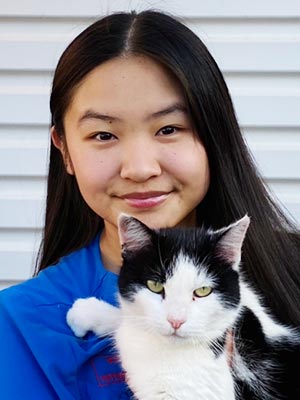 Shannon completed a week of high school work experience in 2017. Shannon demonstrated a quiet determination and competence unusual for her age. When Meg took time off for her HSC preparation Shannon was offered the role of animal attendant. Shannon was proved extremely reliable, intelligent and motivated. At the completion of her HSC she was offered a position in the Doctorate of Veterinary Medicine.

Shannon is keen to have pets but has not had the opportunity. Shannon relaxes by playing the flute, reading and attending Church camps. 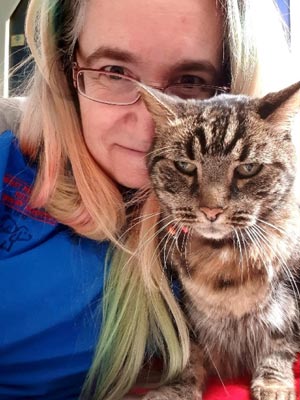 Bernadette is a very experienced veterinary nurse and has helped to train many junior nurses both at West Pennant Hills and at other clinics. She has worked in many clinics in Sydney including the Animal Referral Hospital at Homebush, Sydney University Veterinary Teaching Hospital and Concord Veterinary Hospital. Bernadette has also worked as a human nurse and as a dental nurse so is skilled in multiples facets of nursing. The physical demands of nursing has required Bernadette to move into a less hands-on, clerical role. She’s always willing to tackle those challenging administrative tasks that no one else wants. While still very interested in wildlife and surgical nursing her focus is mainly on reception and practice management these days.

Bernadette lives with two cats, “Jasper” and “Lemon” and likes to relax by reading and making beaded jewellery. She is always looking forward to her next trip and the opportunity to take some stunning photos. 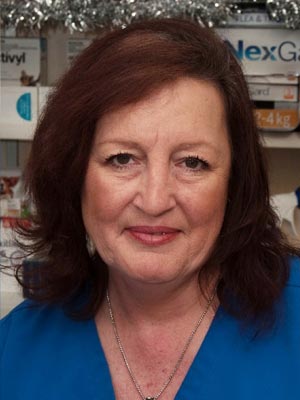 Terry started at West Pennant Hills in 2005 after taking time off to start her family. Terry’s prior employment was working as a conveyancing officer. Terry loves interacting with clients by phone and in person. She is always happy to have a chat and her interest in clients is not just superficial. She loves being able to provide advice, support and comfort to pets and their owners. She never gets tired of seeing puppies or kittens come through the door.

Terry is the proud mother of two adult children and she regularly looks after her daughter’s boisterous Staffordshire Terrier. Terry’s interests outside of work include sport and having spent her early years in Melbourne, particularly AFL. She also enjoys spending time with family and friends and going for walks along Sydney’s beautiful coast. 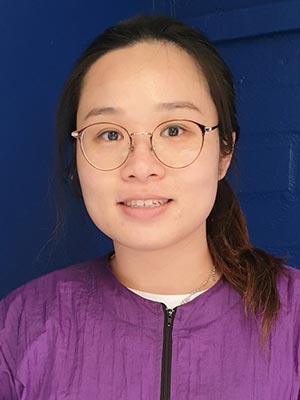 Renee started grooming at West Pennant Hills Veterinary Hospital in November 2017. She is an experienced and qualified groomer who has been grooming for over 9 years and has worked in a several different Veterinary Clinics and grooming salons in the Sydney metropolitan area. Renee enjoys grooming all breeds with her focus being small breeds such as poodles, cavoodles, pomeranians, and Cavalier King Charles Spaniels. Renee takes a lot of pride in her work and finds a lot of satisfaction in sending dogs home in the best condition possible after their visit.

Renee has two children, two dogs, and recently acquired a rescue rabbit. Renee is a fluent Cantonese and Mandarin speaker and loves to spend quality time with family and pets whenever possible. 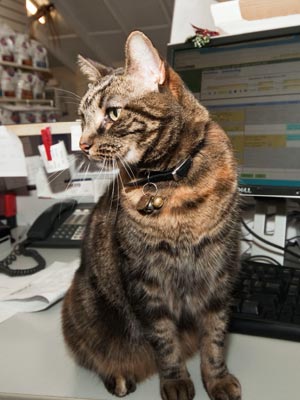 Smooch was a stray cat who arrived in the clinic in 2009 after befriending some residents from a local retirement village. As her name suggests she is very affectionate although she does get a little protective of her territory when dogs start nosing around her desk. Smooch has the run of the clinic and yard and enjoys the thrill of having humans waiting on her attentively, especially endlessly opening and closing doors for her.